When you think ‘cool climate’ Sauvignon, Portugal certainly does not automatically spring to mind. But as Dr Paul White found out, unique weather patterns and adventurous wine growers are combining to produce some offbeat Sauvignons in the most unlikely locations.

Sauvignon Blanc is the sort of grape that becomes increasingly unhappy the closer it grows to the equator. Its sassy aromatics tend to blow off under hot, sunny conditions leaving it flattened and dull. Similarly, it gets increasingly fatter and heavier in the mouth, losing its natural razer-sharp, acidic edge.

Which is why European Sauvignon isn’t grown very much south of the Alps or Pyrenees (apart from Friuli,Ruedaand a few exceptional pockets).  The only way Sauvignon can ‘beat the heat’ is to head towards the beach or up a mountain.

All this would seem to make Portuguese ‘cool climate’ Sauvignon Blanc a bit of an oxymoron — rather than an intriguing paradox.

Looking at a map, Portuguese Sauvignon doesn’t make a lot of sense.  There it is, sunny little Portugal sitting opposite Morocco with the Sahara Desert blasting its Sirocco winds across the tourist filled beaches of the Algarve.  Juxtapose Portugal onto a map of Italy and it covers all parts south of Rome down to Puglia and Sicily.  Overlap it onto Spain and it spans from Ribera del Duerothrough La Manchadown to Jerez.  Collectively some of Europe’s hottest and sunniest wine regions, none of these would ever be considered ‘cool climate’.  Logically, Portugal should be all about super ripe, high alcohol, lowish acid wines.

So how could anywhere in Portugal – relatively close to the equator – produce Sauvignon styles that lean heavily in the direction of France’s Loire Valleyor New Zealand’s Marlborough?

Although it’s true that Portugal is among Europe’s southern-most countries, it’s also Europe’s western-most. Sticking way out into the Atlantic Ocean beyond both the United Kingdom and Ireland, Portugal’s coastline is the first place to stop wind and rain originating in faraway America.   A lot of stormy weather flows in off the cold Atlantic.

The continuous (often relentless) sea breezes create a double-edged sword.  At best, these lower evening temperatures dramatically, preserving acidity and lengthening the growing season, both of which help tease out complex aromatics.  At worst, stronger winds stunt growth and inhibit ripeness, while too much rain brings rot and dilution. 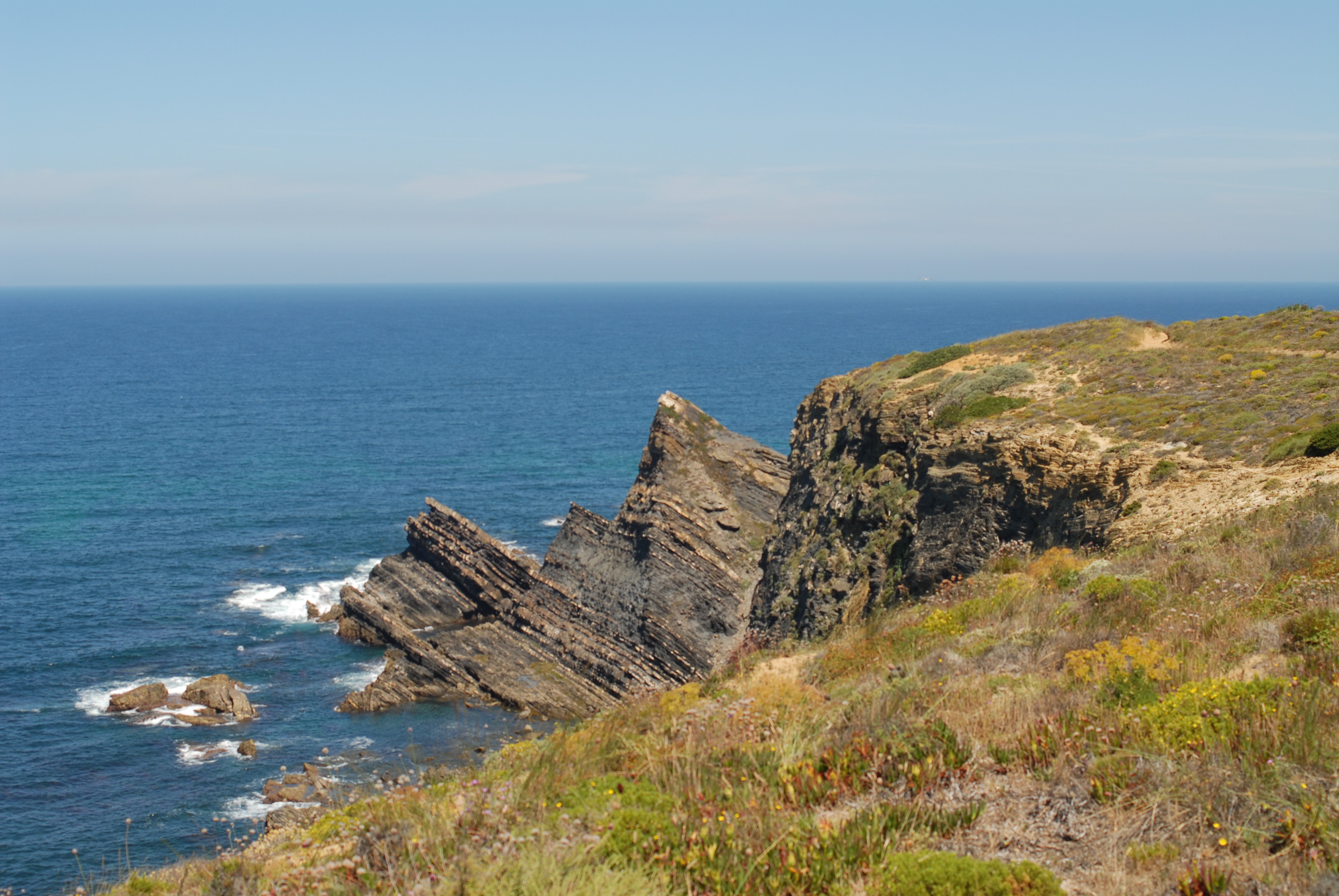 From top to bottom of Portugal’s coast it’s difficult to ripen any grapes within 30-40 kilometres of a beach and nearly impossible within 5km.  Inside that range, Sauvignon Blanc doesn’t have a fighting chance anywhere 100km north of Lisbon.  And only then if its vineyard is hidden behind low-lying mountains and slotted into the protective crotch of a sun facing hill.

It’s often said that great Sauvignon likes growing on the edge of its ability to ripen, forever dancing with climatic failure. Think Sancerre & Pouilly, St. Bris,Austria’s Steiermark, Oregon’s Willamette, etc…  Elsewhere, there are other marginal spots in the world where maritime influence magically counterbalances intense sun light in ways that shape Sauvignon differently. Places like coastal Chile, Tasmania, South Africa and New Zealand where Sauvignon basks in 30-40% more UV light than most anywhere in the Northern Hemisphere, developing intense, ultra-ripe tropical flavors while retaining high levels of natural, maritime derived acidity.  The only place in Europe with a similar mix of sea and intense sun is Portugal’s coastline from just above Lisbon down to Lagos. Three regions there, Lisboa,Tejoand Alentejo, are currently producing Portugal’s most exciting Sauvignon.

The northern-most of these regions are Lisboa and Tejo. Historically both produced wine for Lisbon’s tavernas or supplied, high volume, low quality wines for former colonies Brazil and Angola. Lisboa is windier, cooler, wetter and climatically marginal, hugging the coastal mountains to the north and west of Lisbon. Bordering Lisboa on the west, Tejo follows the Tejo river valley inland toward increasingly warmer, sunnier climates.

Although around 20 wineries have produced cheap and cheerful Sauvignon in this area, recently serious grape growing techniques have been implemented to drive concentration, ripeness and quality to higher levels.  Two wineries have focused on making great Sauvignon Blanc, Lisboa’s Quinta de Sant’Anaand Tejo’s Joao Barbarosa’sNinfa. Both must deal with some of the Atlantic’s harshest winds and rains in marginal growing conditions.

Englishman, James Frost and German wife Ana modernized their family’s vineyard and adega (winery) near Gradil in 1992. Located 20km inland from the ocean, their 10 hectare, sloping vineyard (clay and calcere) forms a ‘hot little bowl’ straddling a crutch of hills on the continental side of coastal mountains running up from Sintra. Frost’s previous UK experience with New and Old World Sauvignon suggested their vineyard was well suited for the grape. Sant’ana’s is a subtle mix of mineral and herbal aromas with tremendous fruit concentration, length of flavor and vibrant acidity. 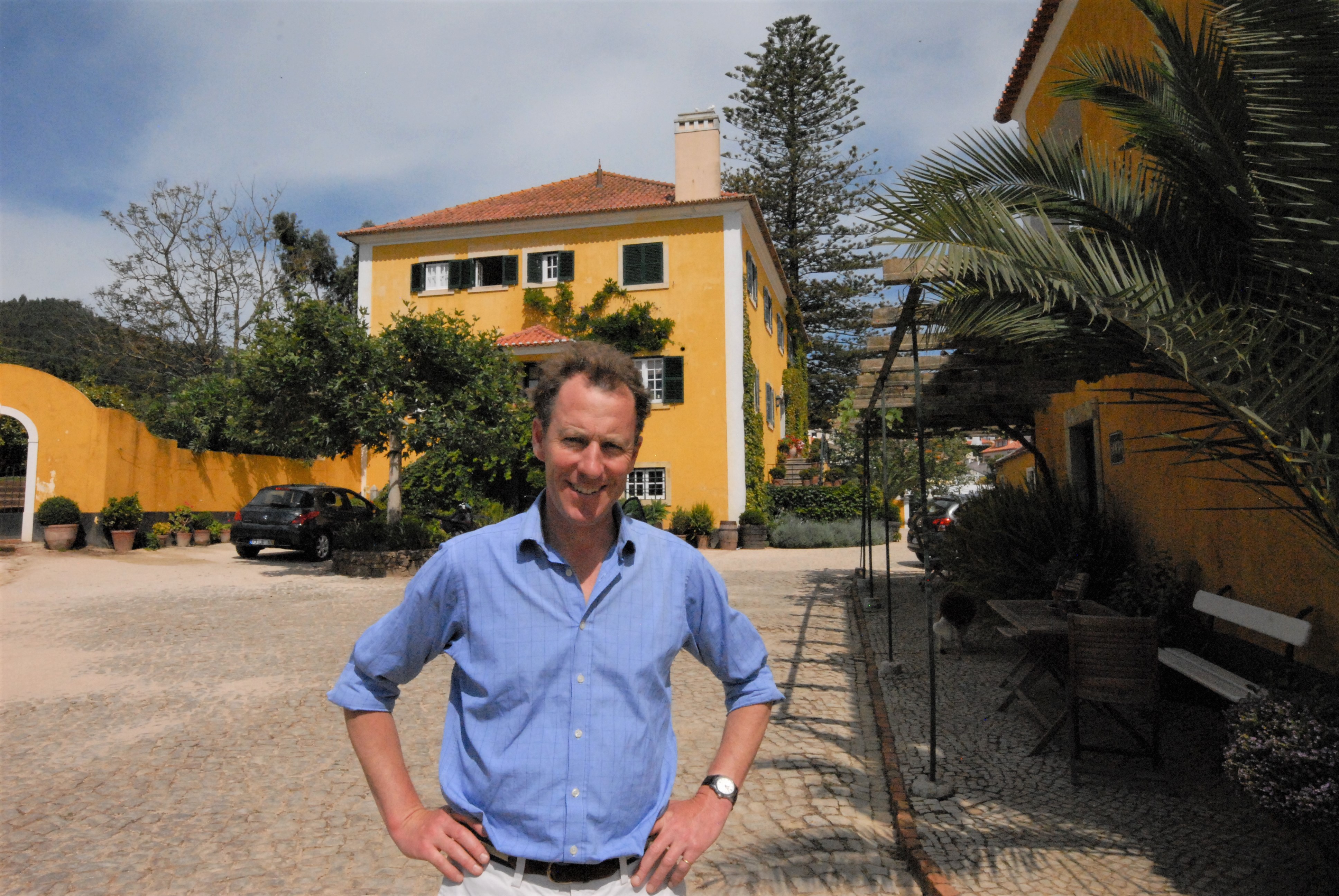 Joao Barbarosa is from a multi-generational wine family of Tejo negotiant/producers. In 2005 he struck out on his own, planting Pinot Noir and Sauvignon Blanc in chalky-clay soils on south facing slopes of Serra d’Aires e Candeeirosat Rio Maior 30km inland. Barbarosa wanted to grow the grapes from regions he most loved, Burgundy and Sancerre.  Barbarosa’s Ninfa label produces two Sauvignons, one in stainless steel and the ‘Escolha’ which is barrel fermented in neutral 2ndyear oak produced from a mix of Sauvignon at different ripeness levels. The former offers lively tropical fruit and edgy tomato leaf aromas, condensed textures, persistent fruits and a mouthwatering tartness, Touraine-like, while the latter is more minerally and textural and linear, like good barrel fermented, Pouilly Fume or Sancerre.

Climate change propels a new region to the fore

Another region with tremendous potential for Sauvignon Blanc is also Portugal’s newest. Previously Alentejo’s Atlantic coast was considered too humid, rainy, windy and cool for grape growing.  But recently, Alentejo’s inland producers, famous for ultra-ripe, high alcohol reds, have been seeking out fresher environments to counter emergent global warming pressures.  The coastal plains from Zambujeira do Marnorth to the Vila Nova de Milfontesestuary is the most promising area, given year round temperatures averaging14-18C andmaximum summer temperatures rarely exceeding 30C. Most significantly, temperatures are constantly 10C cooler than central Alentejo, with night temperatures of 16-20C ensuring a lengthened growing season and excellent natural acidity.

Soils are predominately sandy, fast draining and infertile. Between the poor soils, fog, humidity-laden (>75%) sea breezes and intense sun, viticulture has adapted practices more common to California’s foggy coastal areas with leaf plucked canopies half exposed on one side of vines to counter humid morning fog, leaving heavy shading on other side to counter afternoon sunburn. 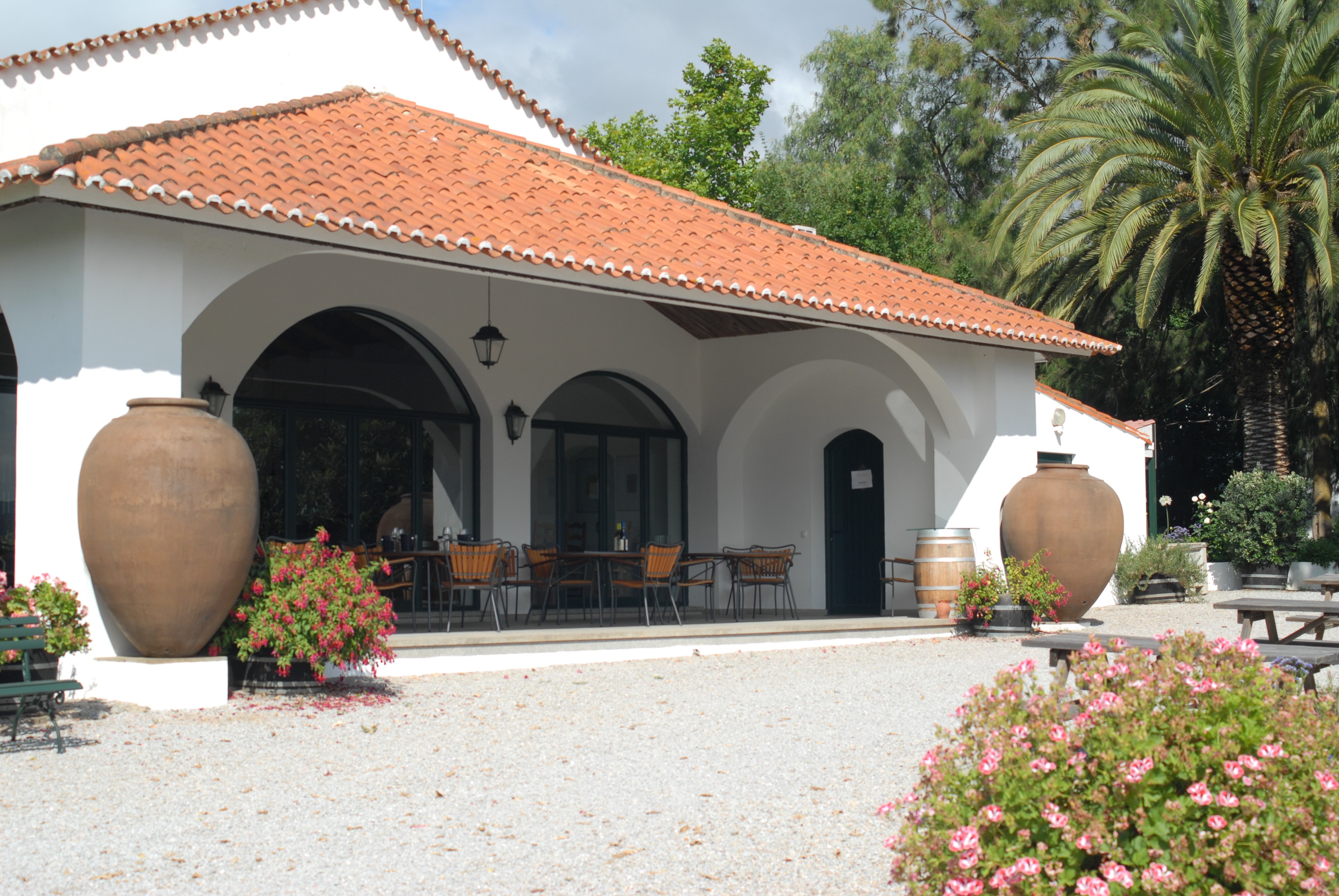 Interestingly, the two pioneering wineries in this area (both <3km inland) are non-Portuguese in origin. Cortes de Cimais driven by a Danish husband and Californian wife team, whereasVicentino was founded by a Norwegian company focused on vegetable, fruit and flower production.  The former specifically sought out cooler, wetter grape growing climates and began planting 60 hectares near Vila Nova de Milfontesin 2008, while the latter (in cooler, foggier Zambujeira do Mar)has massively expanded into wine production since 2012.

About the Author: Paul White