The results are out for the 2020 Concours Mondial du Sauvignon

The results are out for the 2020 Concours Mondial du Sauvignon

The 11th Concours Mondial du Sauvignon in Touraine ended with 134 Gold and 197 Silver medals awarded to Sauvignons from 15 countries around the globe.

“We are absolutely delighted to have shared some relaxed moments with wine professionals from around the world and been able to increase their awareness of our region. The winegrowers of Touraine will take away with them some great memories”. Lionel Gosseaume, vice-chairman of the Touraine appellation.

Over two days of tastings by professional judges on March 6 and 7, 1,110 wines were rigorously evaluated by a panel of 75 international experts.

“Organization of the Concours Mondial du Sauvignon is highly professional, and the tasting is simply seamless,” says Dr. Carien Coetzee, oenologist and taster from South Africa.

“No other competition offers the opportunity to taste and compare so many different Sauvignon wines from around the world”, comments Darja Zemljic, a wine magazine editor from Slovenia.

Over 60% of the accolades were given to wines made in 2019, which speaks for the quality of that vintage.

A 1970 Sauvignon from Slovenia was the oldest awarded wine in the 2020 Concours Mondial du Sauvignon. The 1970 Arhiva Sauvignon from Ptuj Winery received a gold medal. 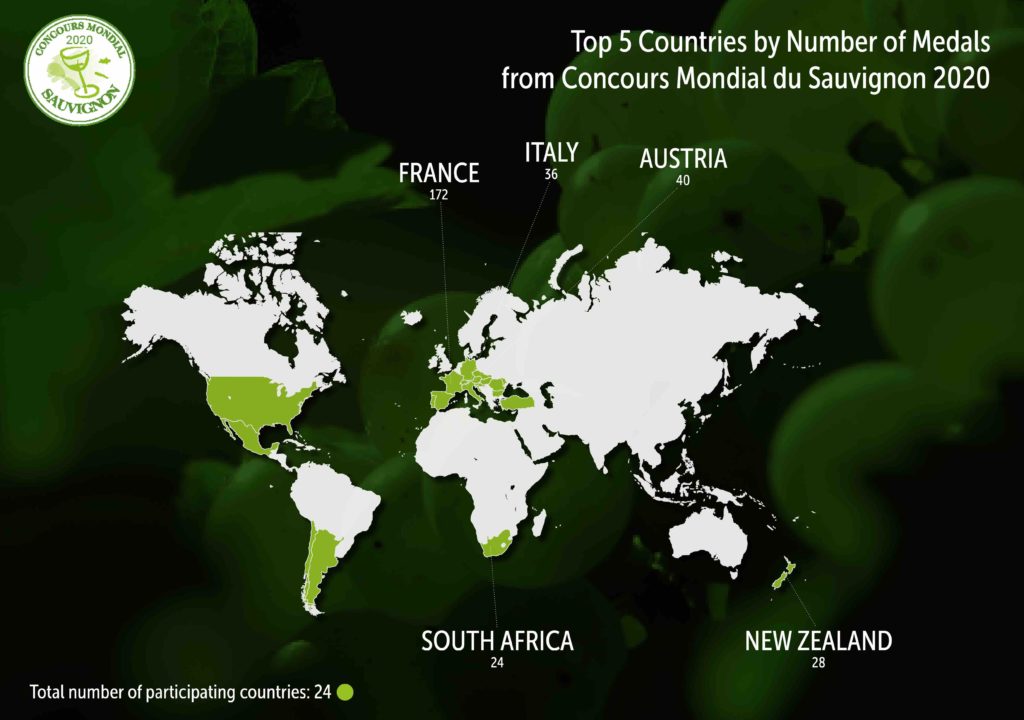 France, New Zealand and South Africa achieved outstanding results in 2020, receiving the highest number of medals for each country since the beginning of the competition. France leads the way with 172 medals (nearly 10% more than in 2019). Austria and Italy still hold the second and third places with 40 and 36 accolades respectively. New Zealand secured fourth place again with 28 medals, an increase of over 33% on last year. South Africa ranked fifth with a remarkable 71 % increase in medals on 2019. The United Stated rose to seventh place surpassing Chile and coming just after Spain. 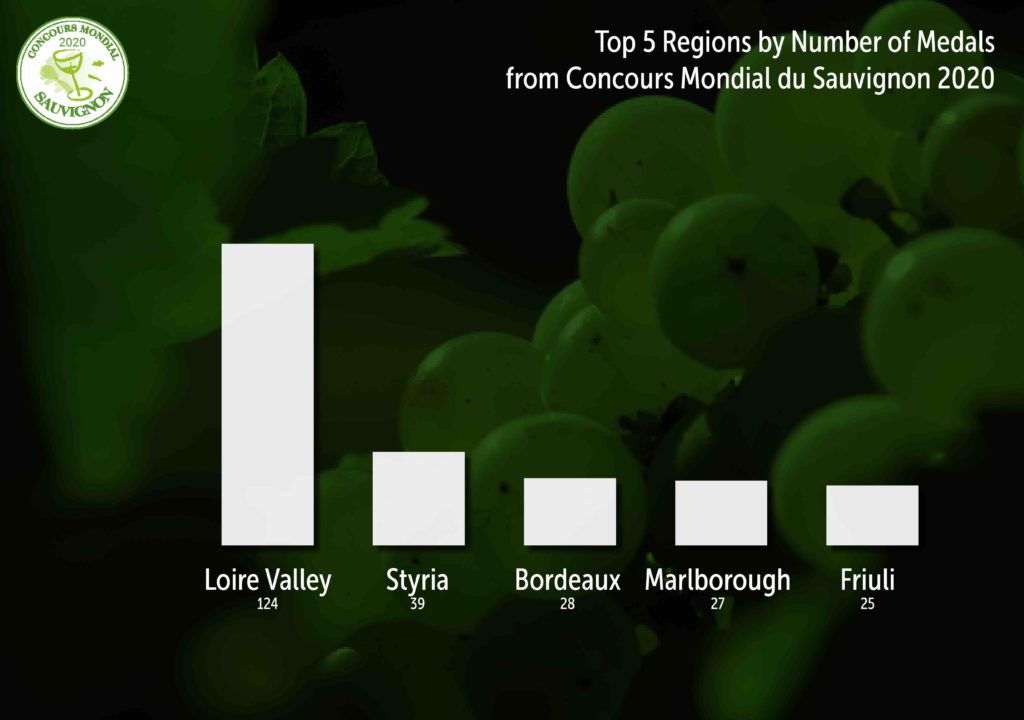 Touraine at the top

Over 70 % of French medals were awarded to wines from the Loire Valley. Wines from AOC Touraine (including Touraine, Touraine Chenonceaux and Touraine Oisly) received the highest number of medals, at 44, followed by Pouilly Fumé (27), Sancerre (20) and Quincy (9).

“44 medals is excellent news! The score just goes to show that Touraine is a prime site for growing Sauvignon. 2019 was a stellar vintage. Admittedly yields were low because there was very little rainfall, but despite that, the wines are fresh with great acidity and of course lots of aroma”. Lionel Gosseaume, vice-chairman of the Touraine appellation.

Besides the 331 medals, the international panel awarded 8 Revelation trophies to wines securing the highest scores, recognizing the excellence of Sauvignon blanc in the relevant categories*.

Weingut Plonerhof from Italy is the 2020 winner of the special “Dubourdieu Trophy”, awarded every year to the wine showing the purest and most refined Sauvignon expression. The trophy was created in 2017 as a tribute to Professor Denis Dubourdieu, who was the patron of the Concours Mondial du Sauvignon from its inception.

Domaine Delobel from Touraine collected a Revelation trophy for the second consecutive edition. Last year, its 2017 Cuvée Exponentielle was awarded the Dubourdieu trophy and this year the winery’s 2018 B de Oisly was the best organic wine in the competition.

* The 8 Revelation trophies went to: