Leading international grape varieties such as Sauvignon blanc dominate today’s global wine scene due to the standard of wine and easily recognisable buying cues they offer consumers amongst the vast array of products on sale. What is known though about their worldwide acreage, the range of styles they can produce or the current state of research designed to enhance their archetypal characteristics and sense of place? What is consumer perception of these varietals in key export markets and how do consumer trends influence their style? These are just some of the questions that will be answered by the Sauvignon editorial group founded by the organisers of the Concours Mondial du Sauvignon. Nine industry members with proven editorial skills and knowledge of the grape variety have been selected to shed light on the inherent qualities of Sauvignon blanc. Every month, they will contribute to an information database providing dedicated literature for the industry and consumers. Despite its international ubiquity, Sauvignon blanc undoubtedly has yet to reveal many of its qualities and idiosyncrasies. This ‘one-stop information shop’ is geared to supplying in-depth, varied and topical articles to a dedicated website and social media.

The initiative highlights the fact that the Concours Mondial du Sauvignon is more than just a competition between producers and appellations. It is primarily aimed at fostering dialogue and creating a meeting point for industry specialists.

THE MEMBERS OF THE EDITORIAL GROUP

An active wine writer, broadcaster and teacher who came from England to live in France in 1973, David has worked in the wine trade fulltime since 1983. For the past 18 years, he has been running his own business as a writer and journalist, as well as teaching wine knowledge to wine lovers and professionals, via l’Académie du Vin de Paris and wine clubs. In addition to articles for various specialist wine magazines in France (Regal and Gault Millau), Canada (Vins et Vignobles), the UK, Japan (Wands) and India (Sommelier India), David is author or co-author of more than 20 books on wine.

Pedro Ballesteros Torres MW is an agri-food engineer (Universidad Politécnica de Madrid) with a masters’ degree in viticulture and oenology (UPM). He was awarded the WSET Diploma in Benelux, the Weinakademiker certificate coupled with the Schloss Vollrads Award for the highest results at Geisenheim and Rust (Austria) and became a Master of Wine at the London-based Institute of Masters of Wine, winning the Errazuriz Award for the best paper on the wine business. He has followed other courses and specialisation studies in Jerez, Beaune, the Napa Valley and Bordeaux.

Maurizio is an Italian journalist and author who specialises in food and wine and writes for publications such as www.vinodabere.it, of which he is director, www.epulae.it and www.lucianopignataro.it . He is a judge at the Concours Mondial de Bruxelles and also a teacher for the F.I.S.A.R. He was deputy director of the 2018 and 2017 editions of the I Vini d’Italia de L’Espresso guide; in charge of Sardinia for the 2016 and 2015 editions of Slowine (the Slowfood Wine Guide); and held a similar position for the 2013 and 2012 editions of the Vini Buoni d’Italia guide. A former teacher for ONAV, he has also contributed to the Scatti di Gusto magazine.

Valérie Lavigne is a research fellow at the Bordeaux Faculty of Oenology on secondment from cooperage firm Seguin Moreau. Her main research fields are varietal aromas, controlling reduction in white wines during the wine making and ageing processes and studying premature ageing in white and red wine aromas. She has published approximately 30 papers in international scientific journals and at conferences. She lectures on wine tasting aptitude at the Faculty of Oenology and runs a course on the aromatic typicity of dry white Bordeaux wines for the Bordeaux Wine Council. 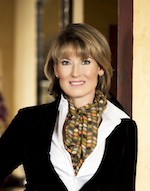 Deborah Parker Wong, DWSET is Global Wine Editor for sister publications the SOMM Journal and The Tasting Panel magazines. In 2018 she was appointed California Editor for the Slow Food Slow Wine Guide which is celebrating its tenth anniversary this year. Deborah teaches as an adjunct professor in the Wine Studies departments at Santa Rosa Junior College, Napa Valley College and Cabrillo College and owns a Wine & Spirit Education Trust school offering Level 2 and Level 3 certifications. In addition to writing and speaking about wine, she consults to producer groups, judges wine competitions and scores wine for Planet Grape Wine Review. Her motto is: To learn, read. To know, write. To master, teach.

After working at a commercial wine laboratory in South Africa, she created Basic Wine, a business aiming to assist winemakers and wine consumers to better understand wine.

She is on the management committee of Sauvignon Blanc South Africa; an institution aiming to support Sauvignon Blanc producers and promote the cultivar locally and globally. She writes regular blogs and articles with this special variety as the main focus.

Frédéric Galtier: After graduating in Sociology (University of Montpellier) and International Relations (Institute of Political Studies in Paris – Sciences-Po), Frédéric worked at ProChile promoting Chilean wines and food products in Europe then at Comexposium for the Brussels Wine Fair.

Since moving to Barcelona in 2004, he has founded the desembolic consultancy firm providing support for foreign companies in the Spanish market. He also continues to be a correspondent in Spain for several magazines specialising in the wine industry and an ambassador for international competitions such as the Concours Mondial de Bruxelles, the Concours Mondial du Sauvignon and Grenaches du Monde, as well as contributing to their international communications.

Director of public and press relations for Cava winery Gramona from 2006 to 2009, he was awarded the Cava editorial award in 2010 for a report published in the magazines Vino! (Belgium) and Cupatges (Catalonia).

of the Sauvignon Editorial Group

Sandwiched between Austria, Italy, Hungary and Croatia, Slovenia has been largely overlooked in the wine world to date. And yet, in terms of interesting Sauvignon Blanc terroir, it’s hard to think of any other country that offers such a wide spectrum of Sauvignon styles -- from briskly Alpine to sunny Mediterranean -- within such a [...]

Winter fermented Sauvignon Blanc – Innovation giving South African wineries an edge Fresh aromatics are among the most sought-after qualities in wine. In South Africa, some wineries have taken the quest for freshness literally, by freezing the juice. Consultant oenologist and researcher Dr. Carien Coetzee explains how successful they have been. In 2017, Diemersdal Wine [...]

The origins of Sauvignon Blanc, an interview with José Vouillamoz

The remarkable book by Jancis Robinson, Julia Harding and José Vouillamoz entitled ‘Wine Grapes’ was published by Allen Lane in 2012. David Cobbold was quick to purchase a copy, which has since become his reference book on the vast subject of vine varieties. He spoke with José Vouillamoz about the origins of Sauvignon Blanc. The [...]

Everyone is familiar with and enjoys Sauvignon for its incisive edge, its razor-sharp tension, but the varietal also has the ability to voice its qualities in the noble rot wine category. Encapsulating sense of place and illustrating technical prowess both in the vineyard and the winery, sweet Sauvignon blanc expresses the inherent characters of this [...]

Last summer, spurred by a surge in sales of low/no-alcohol drinks, British supermarket chain Sainsbury’s opened a pop-up pub in central London selling only alcohol-free or low alcohol drinks. The initiative once again illustrates the extent to which the category has gone mainstream. And it’s one that New Zealand’s wine industry will be toasting. Sharon [...]

Associating a relatively warm region better known for its Cabernet-Sauvignon with Sauvignon blanc may seem counterintuitive. But as Deborah Parker Wong shows, not only has Sauvignon found suitable sites in the Napa Valley, it can even excel itself in the right terroirs. Over the millennia the wandering course of the Napa River and the adjacent Conn [...]

Journalist Maurizio Valeriani briefly charts Sauvignon’s introduction to Italy in the 19thcentury to its present-day status and explains how Italian Sauvignon successfully appeals to a broad-ranging audience. A pivotal role in Italy’s wine revival Sauvignon Blanc arrived in Italy from France in the mid-1800s. Introduced into Piedmont - although some claim it came to Ferrara for [...]

Competitions do not just offer producers an opportunity to benchmark or to secure a powerful marketing tool in the event of winning a medal. They also throw up some major trends within the wine industry. Dr Carien Coetzee explains how the FNB Sauvignon Blanc Top 10 competition reveals the direction South African Sauvignon Blanc is taking [...]

When you think ‘cool climate’ Sauvignon, Portugal certainly does not automatically spring to mind. But as Dr Paul White found out, unique weather patterns and adventurous wine growers are combining to produce some offbeat Sauvignons in the most unlikely locations. Sauvignon Blanc is the sort of grape that becomes increasingly unhappy the closer it grows to [...]

Sauvignon blanc is a French grape variety that is probably a descendant of Sauvignon. It later paired naturally with Cabernet Franc to produce Cabernet-Sauvignon. Its name is a combination of the words ‘wild’ and ‘white’, the former term referring to its strong vine vigour.

In 2010, Sauvignon blanc ranked 8th amongst the 10 most widely planted grape varieties worldwide with around 110,000 hectares. One third of its acreage is still in France and 50% in Europe. Over 30 countries grow Sauvignon, primarily New Zealand, Chile, South Africa, the United States, Australia, Bulgaria and Spain.

Sauvignon is a relatively lowyielding, medium-ripening grape that flourishes in cool climates but has an acidity that appeals to warm climate producer regions. It reflects vintage variation, sense of place and climatic conditions. Its vigour requires strict vineyard management.

Sauvignon thrives in many different climates and on a variety of soil types. It is suitable for producing dry and sweet wines, single varietals and blends.