Grapevine trunk diseases and declining genetic diversity are two major concerns for the global wine industry. Loire technical outreach centre Sicavac in Sancerre has been striving to combat both in a joint research programme focusing on Sauvignon blanc. Sharon Nagel takes a closer look at the project.

At the turn of the 21st century, wine growers in the central Loire region were increasingly coming to realise that pre-1960s vines propagated using field selections were gradually being uprooted after reaching the end of their productive life. Concurrently with this, only a dozen or so clones were being planted, and of those, only four or five were widespread. The Loire is not alone in witnessing a decline in genetic diversity. According to François Dal, wine advisor with Sicavac in Sancerre, the issue is global: “Clones have been developed everywhere, across the agricultural spectrum, including cattle rearing where three or four bulls selected for their credentials produce all of France’s dairy cows for individual breeds. Vines have gone down the same route”. Compared with other grape varieties which can suffer from a paucity of clones, Sauvignon boasts multiple clones – as many as 25 – but only 10 are actively used and in the majority of cases, just five are common.

The search for old vines
Between 2000 and 2005, Sicavac was therefore tasked with renewing field selections in order to boost genetic diversity. As the project evolved, however, it became apparent that other problems needed to be dealt with, namely grapevine trunk diseases which escalated between 2005 and 2010. “We focused a lot of our research on aspects such as pruning to try and curb grapevine trunk diseases and in doing so, we highlighted the significance of graft quality”, adds Dal. Producing better quality, disease-free grafts thus became the other major aim of Sicavac’s research project. The initial phase of research produced 267 differing Sauvignon blanc plants selected from vines dating back to 1960 and 1910. “We knew that some vines would show greater vigour than others. When you take wood from a 100-year-old vine and produce young plants, there can be surprises: you can end up with small golden grapes, due to the age of the plant and vigour of an old vine, but you can also produce much larger grapes and much more compact clusters. We knew there would be a wide range but we accepted that because we were looking for greater genetic diversity”. The variations caused by field selections in terms of yield and balance can be controlled using bud removal but ultimately, they offer a level of complexity that clones don’t. 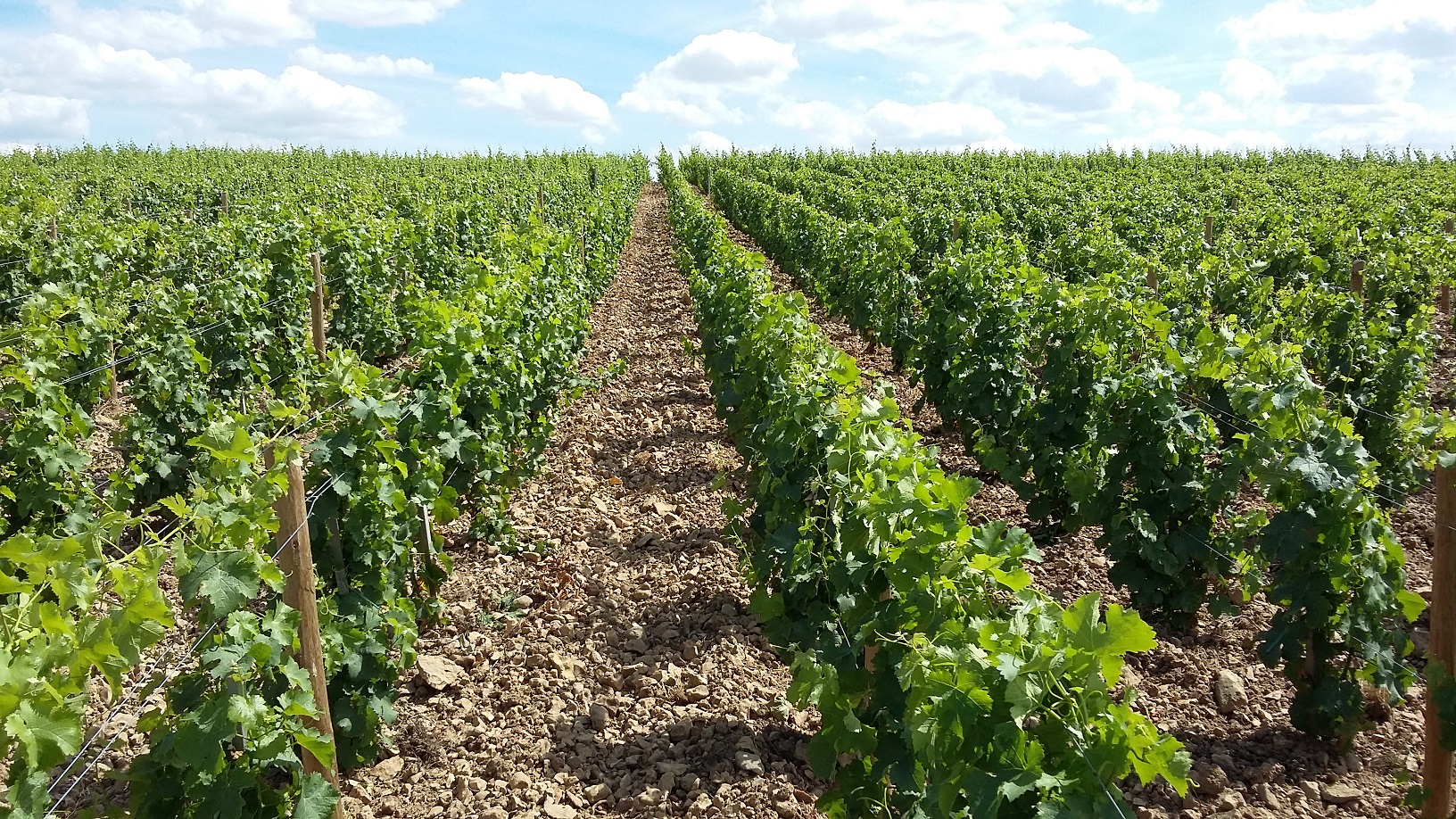 Two selections
Once the 267 different Sauvignon vines had been planted, François Dal assessed a number of criteria such as average potential crop, cluster compaction and overall balance. He then divided them into two selections – Typicité and Excellence. Typicité is the more productive of the two whilst Excellence, predictably, is geared more to better quality sites and wines. “This is more coherent for wine growers and is similar to what they are accustomed to with clones”. The choice of vine type will depend on the quality objectives of individual growers and on vineyard location. “The Typicité selection produces larger volumes with more compact and slightly larger clusters which makes them a little more sensitive to rot but less prone to shatter. Yields for the Excellence selection are a little lower with less compact clusters that are less sensitive to rot and more prone to shatter”. Small-batch winemaking has revealed differing flavour profiles: “Typicité wines are more vibrant, fruit-driven and exuberant. Excellence wines are slightly less expressive on the nose but show greater volume and fat on the palate, with more balance and weight”.

Global warming not an issue…yet
In an era of heightened concern over the effects of climate change, Sicavac also selected twenty or so late-ripening plants producing lower amounts of sugar which it has chosen not to propagate yet. “So far, global warming has had quite a positive impact on our region”, claims Dal. “In the 1970s, we experienced some cold, late-ripening seasons creating challenging conditions for ripening. For the past fifteen years or so, global warming has enabled grapes to ripen successfully and produce virtually ideal wines… If it continues to evolve, we will have to react but our selection is not being used at the moment. We don’t feel that we have reached a stage where warming is causing problems”. A more pressing issue is graft quality and Sicavac has partnered with four nurseries to secure top quality material in a bid to keep grapevine trunk diseases at bay. “A century ago, growers produced their own grafts but now plants are produced in an external environment, in nurseries”. The technical challenges involved in growers reverting back to producing their own grafts were considered to be too time-consuming and a potential source of competition to nurseries. So a set of detailed specifications was drafted and four nurseries agreed to comply with them.

Less expensive in the long-run
Conversely, by creating a dedicated structure – Ceps Sicavac – the research team is producing the scions and controlling field selections. It is also producing some clones. Eight hectares of land have been bought, four of which have already been planted, mostly using field selections. The total cost of the project is well in excess of 200,000 euros, funded by Sicavac and local appellations . Wine growers began placing orders last winter and will receive their first vines next spring. The cost of the plants, which is around 50% more than conventional plant material, may prove to be a barrier to some but François Dal stresses the long-term savings involved: “Most wine growers realise that the extra cost is nothing compared to the implications of grapevine trunk diseases. Even if it allows plants to live for an extra year, the supplement would easily pay for itself”. With an average density of 7,000 vines per hectare, the additional cost totals around 5,000 euros, but Dal claims that this should be put into perspective: “When you spend between 25,000 and 30,000 euros per hectare, an extra 5,000 is significant but not insurmountable. When a vine dies, however, replacing it then maintaining it through to production costs 15 euros per plant, rising to over 30 euros if you add loss of production during that time”.

Only time will tell how successful the new plants are at combating grapevine trunk diseases, and at enhancing the typicity and quality of central Loire wines. “The first symptoms of disease appear around ten years after planting and the vine is seriously affected after fifteen years”. In the meantime, researchers will be able to gauge the quality of the grafts based on consistency and growth rates. Small-batch fermentations are already throwing up some interesting results for the fruit produced by field selection vines. But as is invariably the case with wine, patience is a virtue…