From Sancerre to Marlborough

From Sancerre to Marlborough

An inquisitive mind is probably one of the main requisites for growing wine. But not all winegrowers use it to put their skills to the test around the other side of the world. Despite a long-standing reputation synonymous with Sancerre, the Bourgeois family chose New Zealand as their testing ground. Sharon Nagel asks Arnaud Bourgeois to explain why they travelled nearly 20,000 kilometres to plant Sauvignon blanc.

Their search would not be an overnight affair. It took twelve years of travelling the world to finally locate the spot they considered to be the most conducive to growing their flagship varietal Sauvignon blanc, along with Pinot noir. “In New Zealand, there was a kind of purity, a pristine quality that strongly appealed to us, not to mention the climate”, explains Arnaud Bourgeois. Although growing wine is a continual learning curve, constantly subjected to the vagaries of the weather, a history in Sancerre spanning a colossal ten generations made them keen to seek out new horizons. Their choice of Marlborough stems from its unique micro-climate and soils. “The spot where we chose to plant vines is at the junction of several ancient glaciers and is home to three different soil types”, says Arnaud Bourgeois. In 2000, the family bought a total of 98 hectares in the southern foothills of the Wairau Valley, with 45 hectares currently bearing and a further twenty or so due to be planted over the next couple of decades. “The vines are planted in an unbroken plot but they cover different localities and a seismic fault divides the property in half, creating very different soils”.

Adapting French techniques
For a family that farms over 100 different vineyard sites in Sancerre and neighbouring areas, this diverse array of soils was an undeniable draw, enabling them to replicate their single vineyard approach. Their 45 hectares were divided into around fifteen blocks but over the years, hands-on experience has sometimes led them to explore different avenues: “When blending wines from different sites – for instance the clay soils of Broadbridge and Wither which are very complementary – proves worthwhile, we opt for a blend. In the case of a unique site such as Greywacke, a former river bed with pebble-strewn soils, blending is not an option”. Inevitably, the techniques used in Sancerre and knowledge gleaned over the centuries dictated their approach over the first few years. “Our knowledge of Sauvignon blanc and Pinot noir, each with its own capricious personality, our search for that extra, more complex varietal dimension – above and beyond the simple fruit-forward, primary characters – and focus on balance were all factored into our New Zealand experience. There are many aspects of wine growing that need to be tried and tested to avoid making mistakes”. A case in point is pruning: “In Sancerre, we have long been aware of grapevine trunk diseases and therefore in New Zealand we paid particular attention to pruning wounds and sap flows”. Retaining two canes instead of the traditional four in Marlborough, Clos Henri Vineyard also takes a different approach to bud removal: “We systematically remove buds in a bid to reduce yields”. 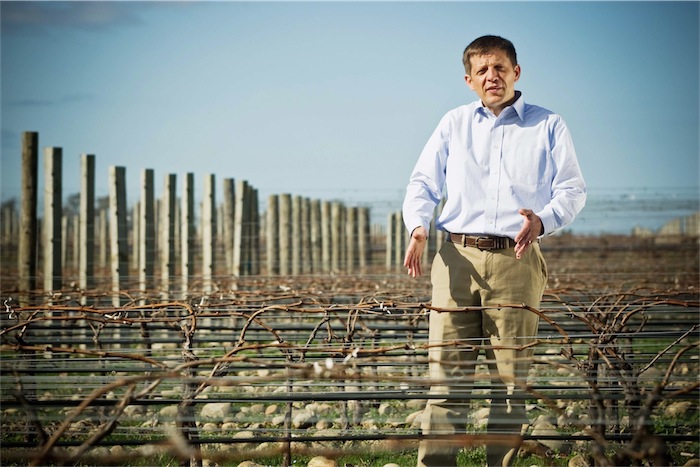 Getting to grips with ripening issues
To the surprise of local wine growers, the Bourgeois family also used similar planting densities to those they favour in France, planting 5,500 vines per hectare instead of the customary 2,000 locally. “New Zealanders are very pragmatic in their approach and they asked us how we would find the equipment for narrower vineyard rows than were standard. To which we replied that this was not a limitation for us and that we would find the machines”. Higher planting densities also implied forcing the vines to search for water, to avoid using irrigation. “They didn’t understand why we didn’t want to irrigate either!” But over the years, the learning experience has become more two-way. “What we have realised is that in New Zealand you have to be a lot more precise when it comes to tasting the fruit before harvest because the pace of ripening is much quicker. You can switch from pyrazines to thiols fairly suddenly and can also rapidly end up with terpenes. To avoid missing the ideal window for harvesting – because we are not looking for pyrazines nor particularly terpenes and don’t want alcohol levels to be too high – tasting the fruit is essential”. Set back from the sea between North and South islands, Clos Henri Vineyard is relatively cool with quite significant differences in day and night temperatures. “Aromatic and physiological ripening are therefore different and occur very slowly, enabling aroma to develop faster than sugar concentration. This means we can pick grapes with good aromatic maturity without ending up with 15% ABV wines”.

Testing out organic farming
Another major viticultural milestone at Clos Henri Vineyard that has since been transposed to Sancerre, is the switch to organic farming. “We had been making tentative steps in this direction in Sancerre but New Zealand is much more conducive to farming organically so we immediately chose this type of vineyard management for Clos Henri. It gave us hands-on experience and a better grasp of how we should approach it before applying it in Sancerre. In some ways Clos Henri acted as a laboratory”. Aside from the draw of experiencing a different viticultural mindset in New Zealand, there were also commercial implications. “At the end of the 1990s, we presented our wines in China to people who would ultimately become members of the wine trade. Their reaction showed that it was difficult for them to comprehend sense of place in wines showing pronounced, flint-like minerality. Clos Henri Vineyard opened their minds to the fact that our New Zealand wines were different to those of our colleagues, and helped them understand our approach in Sancerre and the different terroir expressions you find there”. 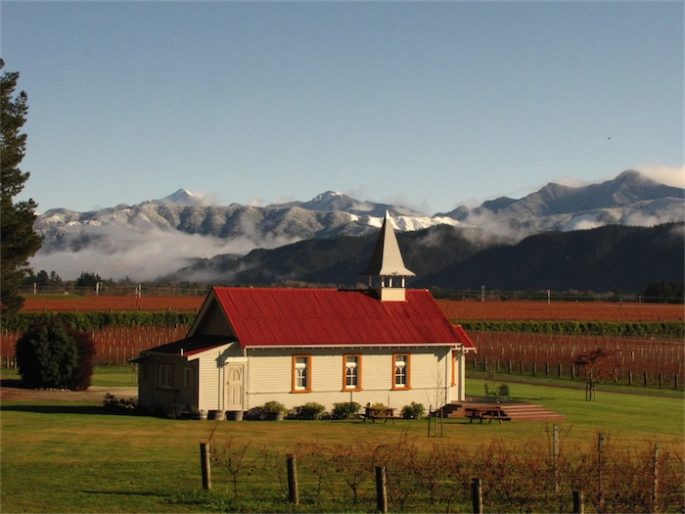 A two-way learning process
But how did Marlborough wine growers react to having French counterparts in their midst? “Their welcome was excellent”, says Arnaud Bourgeois, who invites local wine growers to a Bastille Day celebration at Clos Henri Vineyard every year on July 14th. “We came with bottles of our wine, explained how we worked in Sancerre and our style of wines, and told them we were here to learn”. For a wine region barely forty years old, there was probably a sense of vindication. For the Bourgeois family, the experience has been an eye-opener. “The producers are extremely proactive, attentive, hard-working, very open-minded and creative. Due to their remoteness, they have had to be a lot more ingenious than any other wine producing country”. Arnaud Bourgeois also praises their holistic view of the wine industry. “The industry is extremely well-organised, both at production level and from a marketing and sales perspective. The reason they have so successfully secured international recognition and exposure is not only because of the quality and consistency of their wines, but also because of the way they have introduced consumers to them around the world”. In comparison, he laments reluctance in France to show off the country’s main attributes, along with the disconnect between production and marketing. “We have become bogged down in the quagmire we created ourselves! By making the rules so restrictive, we have failed to convey a clear message to consumers, which was their initial intention! That is one cross the New Zealanders don’t have to bear”.

A new chapter in Marlborough’s history
What Sancerre and Marlborough do have in common though, aside from fairly similar weather patterns, is the ability to produce fresh, mineral Sauvignon blanc. Alongside the major players who have brought  global recognition to Marlborough are numerous small wine growers who are keen to write the next chapter in the region’s wine history. “These growers are responsive to advances in quality and are contemplating ways of securing recognition for Marlborough based on a different set of criteria”. The flexibility afforded by Sauvignon blanc will most certainly be instrumental in ensuring the transition to the next phase of the region’s development. “We realised that Sauvignon blanc has such an incredible elasticity in terms of style, particularly compared to what we can achieve in Sancerre, that we wanted to move on to Act II. So we created a version that did not necessarily mirror existing styles, because we knew that they would evolve”.

The complexity of New Zealand Sauvignon Blanc, emerging styles, vineyard practices, winemaking influences and its future will be explored at Sauvignon 2019 from January 28-30 in Marlborough.