Are Sauvignon aromas incompatible with oak?

Are Sauvignon aromas incompatible with oak?

Sauvignon has long proved elusive to winemakers seeking to add complexity and ageability to wines through oak. Valérie Lavigne, researcher at the Seguin Moreau cooperage seconded to ISVV, studies ways in which wood can be used judiciously.

While some white grape varieties, such as Chardonnay and Semillon, are particularly well suited to barrel maturation, others, with more fragile aromas, can experience a decline in typical characters due to maturation in casks that are not well suited. The aroma of Sauvignon white wines is particularly sensitive to ageing techniques. The compounds responsible for the varietal’s characteristic aroma are volatile thiols, molecules that are extremely reactive to oxygen. Excessive use of wood for ageing this type of wine, particularly new wood, can sometimes lead to a significant loss in aromatic typicity and a reduction in ageing potential, thereby promoting premature ageing of aroma, despite the presence of lees. However, in addition to contributing to aroma and flavour and, when properly judged, adding to the complexity of the wine, the use of wood for maturing dry white wines can prevent the development of reductive odours, a major risk associated with maturing wines on total lees in vats.

The compounds responsible for Sauvignon’s hallmark aroma are volatile thiols

So in the case of Sauvignon, how can the requisite, managed oxidation provided by the wood be reconciled with the need to protect the aromas of the grape variety? The use of larger wooden containers offers an interesting alternative.

Marked differences depending on the size of the vessel

In order to validate this hypothesis, we compared the aromatic evolution of the same Sauvignon wine fermented and then aged in stainless steel vats, in new barrels, in barrels used for 2 wines, and in 50-hectolitre wooden conical trunk vats. To do this, we analysed the volatile thiols – the aroma markers in Sauvignon wines – and the compounds released by the wood at the end of the maturing process. We also carried out a comparative tasting of these different maturation methods. Tasters were asked to classify the samples according to two criteria: the intensity of the characteristic aroma of Sauvignon wines (typicity) on the one hand; and the intensity of the woody aroma on the other. The tasters then had to rank the different wines in order of preference. The results of this experiment clearly show that the intensity of fruit character for the same Sauvignon wine aged in stainless steel vats or wooden conical trunk vats is not significantly different. The supply of oxygen, which is very moderate in a large wooden container, does not seem to alter the fruity aroma of the young wine. Conversely, the intensity of the fruit character perceived in wines aged in barrels, and particularly in new barrels, is clearly reduced.

It also appears that the woody character imparted to the wine through ageing in wood is always significantly weaker and better integrated into the wine aged in new wooden vats rather than in a new or even used cask. The result is not surprising since in a 225-litre cask, the surface area of wood in contact with the wine is much larger than in a wooden vat. It therefore seems that even a new wooden vat releases fewer volatile compounds than new barrels or barrels already used for two wines.

Finally, statistical interpretation of the tasting results shows that the wine made in new casks is judged to be the least fruity, based on the typical characters of the grape variety. Barrels used for two wines and the stainless steel tank rank between the two. Wine matured in wooden vat is considered more typical. If we now consider the woody character, the stainless steel tank is obviously considered the least woody. Wines kept in new casks appear clearly woody, while those stored using the new wooden tank method are considered significantly less woody than those in barrels used for two wines. The tasters show a preference for the wine aged in new 50-hectolitre wooden vats whilst the used barrels and the stainless steel vat occupy an intermediate position and are not singled out by the tasters. Wine aged in new casks is systematically ranked last by all tasters. It is thus clear that when the woody character is too intense, it reduces the Sauvignon aromas. 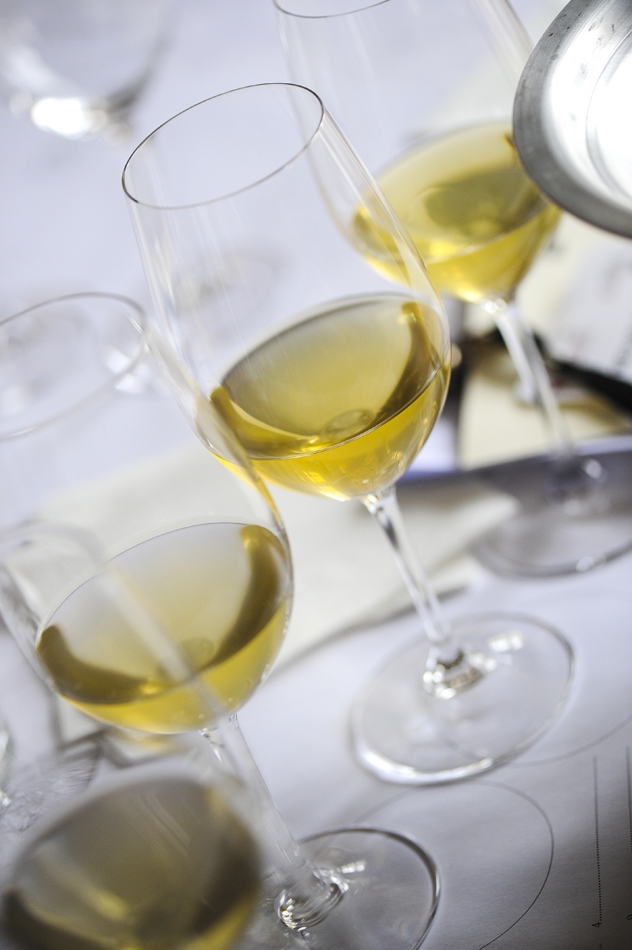 The use of large wooden containers for producing Sauvignon white wines is an extremely interesting alternative to barrels. It allows the grape variety’s hallmark fruit to be preserved and the sometimes invasive woody character in this aromatic grape variety to be limited, while maintaining the wine’s oxidation-reduction balance which is conducive to preserving its ability to age without altering its personality.

About the Author: Valerie Lavigne

Valérie Lavigne is a research fellow at the Bordeaux Faculty of Oenology on secondment from cooperage firm Seguin Moreau. Her main research fields are varietal aromas, controlling reduction in white wines during the wine making and ageing processes and studying premature ageing in white and red wine aromas. She has published approximately 30 papers in international scientific journals and at conferences. She lectures on wine tasting aptitude at the Faculty of Oenology and runs a course on the aromatic typicity of dry white Bordeaux wines for the Bordeaux Wine Council.