On March 17, during a ceremony at ProWein in Dusseldorf, Concours Mondial du Sauvignon awarded the top-6 wines from the competition. The Revelation wines received the highest score in the relevant categories: Unoaked Sauvignon, Oaked Sauvignon, Blend, Organic Sauvignon and best Sauvignon from Italy. The Dubourdieu trophy was awarded to the wine with the purest and most refined Sauvignon expression.

Finally, the competition reveled the host region for 2020 – Touraine. 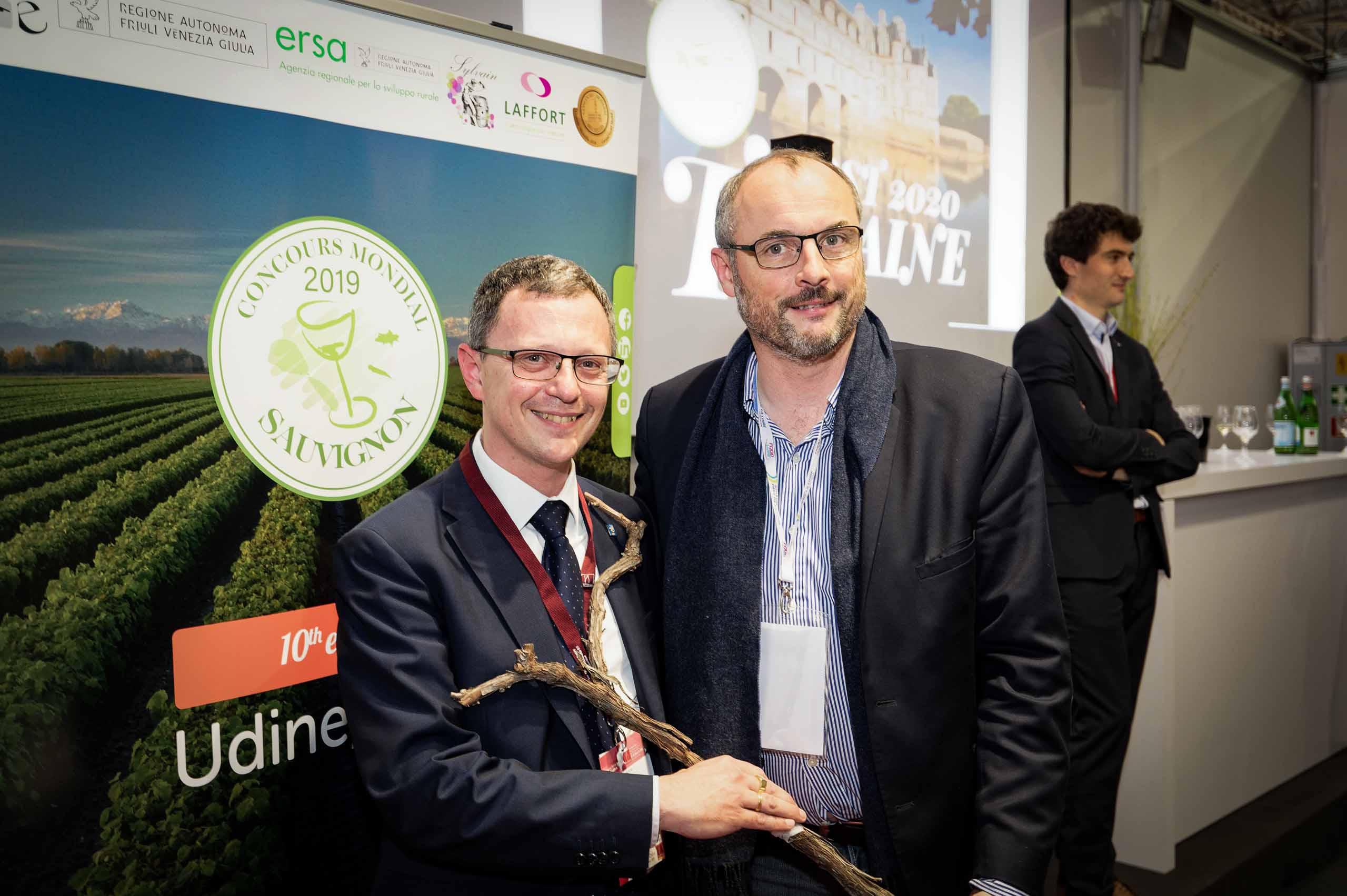 True to the tradition of the Concours Mondial du Sauvignon, Stefano Zannier, regional councilor for agri-food, forestry and fishing resources of FVG handed Lionel Gosseaume, the vice-chairman of the Touraine appellation a Sauvignon vine from Friuli to be planted in the vineyards of Touraine.